The Care and Feeding of YOUR ORCHID CHILD

An Orchid Child is often quite funny, asks deep questions, and is wise beyond their years.

An orchid thinks carefully and pauses in new situations, noticing the tiniest of changes.

Orchids get annoyed by seemingly minor things like scratchy or wet clothing or noises or smells.

They have a tendency to get overstimulated when the other kids are fine.

The orchid child is probably not shy, but might be reserved and is definitely highly sensitive.

They think deeply about things and have a keen sense of humor. 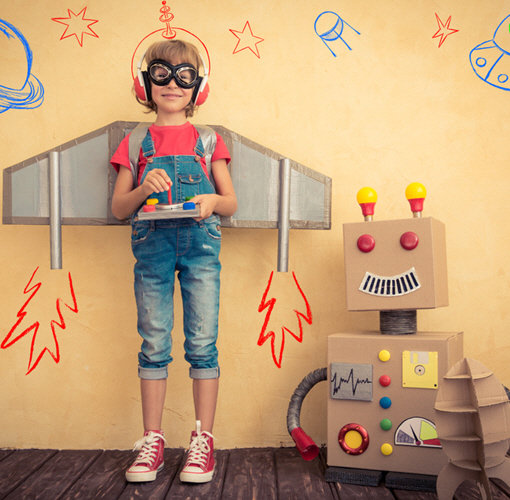 They come up with solutions to problems big and small, often surprising the adults around them.

SLEEP— Maybe you have noticed that you or your child is NOT FUN on NOT ENOUGH SLEEP. Orchids can struggle to wind down or even have trouble sleeping, and they need sleep more than other children.

FOOD—Orchids are more sensitive to blood sugar fluctuations… they need a very balanced diet with almost no caffeine or sugar. Everyone is different, and following your instinct as a parent is most important of all.

ILLNESS—In great environments, orchids are much less likely to get sick. But, once orchids get run down or stressed, they are more likely to become ill or injured.

ENVIRONMENT—Orchids need plenty of fresh air, exercise, sleep, nutritious frequent meals, and DOWN TIME. With these, an orchid will visit the doctor less— have fewer injuries and less illness.

How do I know if my child is highly sensitive?

Listen to a short talk on it

I help families with orchid children negotiate the parenting journey.

DO YOU NEED HELP?

Usually parents are the best therapists for young children, but with a sensitive orchid child, some coaching is often needed.

And highly sensitive orchid children often need my help understanding, healing, and managing both their sensitivity and the impact their environment has had on them as a result.

They appreciate beauty and feel exquisite empathy for others, including animals and the planet.

I work alongside parents and children, designing a life that is compatible with high sensitivity through parent coaching, couples’ counseling for parents, family therapy, and child therapy.

You probably didn’t expect to have such an intense, challenging, aware child.

“What are we doing wrong?”

NOTHING… You probably know just what is needed but are likely so tired or overwhelmed that you second guess yourself.

You are doing great, and I can offer you the support and affirmation you need to create just the right environment for your orchid child to flourish.

When geography makes it possible, I love to see families with orchid children at our equine-assisted therapy barn, Heart and Mind Equine.

After all, sensitive orchids thrive in nature and usually love animals.

MOSTLY, Orchids need more time to do all that deep thinking and noticing.

Orchids have so much empathy that they have both more and stronger emotions about practically everything in life.

If this is your child, they are a Highly Sensitive Child, an Orchid.

You are definitely not alone.

Here are some things Dr. Elaine Aron* and I would like you to know:

Your child’s trait is normal and part of their overall temperament profile.

It is found in 20% of the population–too many to be a disorder, but not enough to be well understood by the majority of the community.

It is innate. In fact, biologists have found it in over 100 species (and probably there are many more) from fruit flies, birds, and fish to dogs, cats, horses, and primates.

This trait reflects a certain type of survival strategy: being observant before acting. The brains of highly sensitive children (HSCs) actually work a little differently than others’ brains. There has been a great deal of research on this, including fMRI brain scans.

HSCs are more aware than others of subtleties. This is mainly because their brains process information and reflect on it more deeply. So, even if your child wears glasses, for example, they see more than others by noticing more.

HSCs are also more easily overwhelmed. If they notice everything, they are naturally going to be overstimulated when things are too intense, complex, chaotic, or novel for a long time.

This trait is not a new discovery, but it has been misunderstood. Because HSCs prefer to look before entering new situations, they are often called “shy.” But shyness is learned, not innate.

In fact, 30% of HSCs are extroverts, although the trait is often mislabeled as introversion. It has also been called inhibitedness, fearfulness, or neuroticism. Some HSCs behave in these ways, but it is not innate to do so and not the basic trait.
Sensitivity is valued differently in different cultures. In cultures where it is not valued, HSCs tend to have low self-esteem. They are told “don’t be so sensitive” so that they feel abnormal.

*Elaine Aron, Ph.D., is my mentor and the author of the book, The Highly Sensitive Child.

Your Child’s Sensitivity is their Superpower!

I will help you teach your child, your family, and your community about being highly sensitive.

We co-create a unique blend of family work, parent coaching, couples support, and child therapy, based on the needs of each family.

Healing past trauma—Childhood can be traumatic for highly sensitive orchids and their parents.

Reframing childhood—You and your child will learn to reframe the day-to-day experiences of childhood in light of high sensitivity. This is LIFE CHANGING for the entire family.

In fact, it requires a shift in your parenting and family paradigm, but once you learn how to create this shift, you will be amazed at the ease in your child’s life.

I can’t wait to work with you and your child to make life easier and to find the superpower in the sensitivity for your family.

I work in person or on the phone with families throughout California.

I also travel around the world presenting at workshops, retreats, and schools to impact and help as many orchid children as I can.

You can find out more about having me come to your community on the Speaking Page.

Please reach out at (415) 203-6600 for a complimentary phone call to see how I might help. I want to support you and your orchid child.

Does what you're reading make sense?

Get a weekly email with tools and resources to help you thrive.